The Impacts of the Ukrainian-Russian Conflict on Mortgage Interest Rates 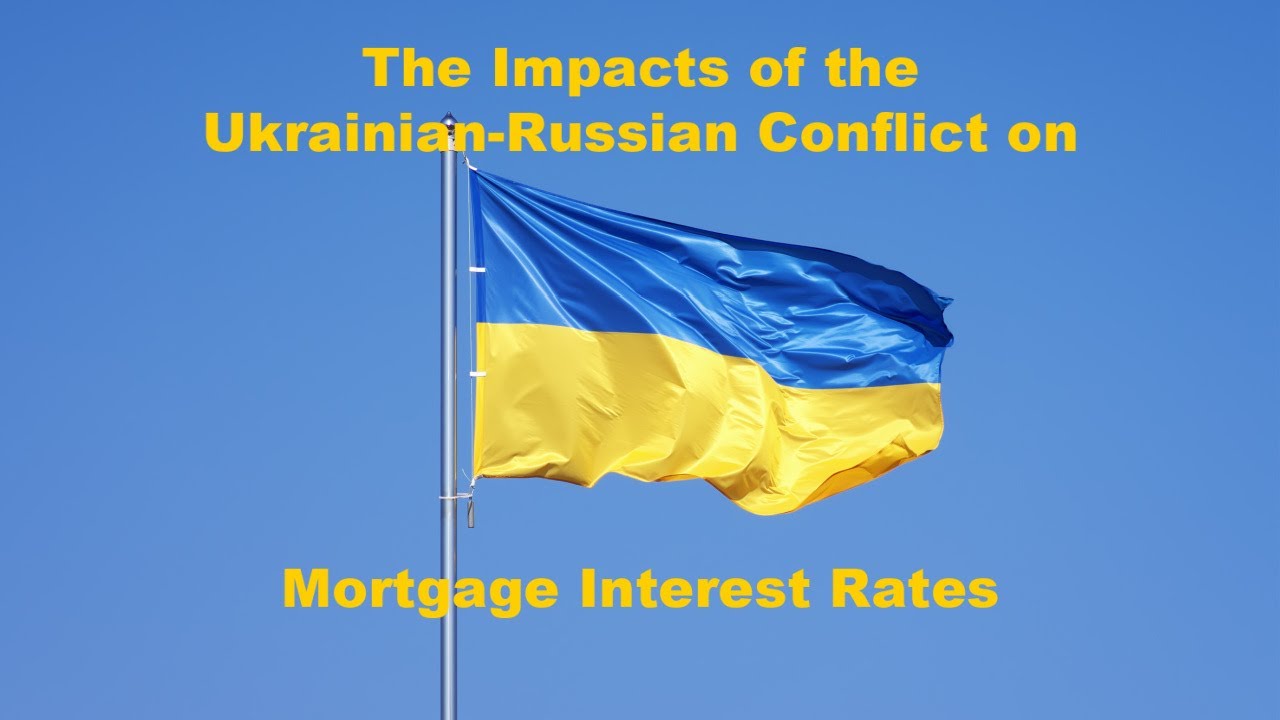 But additional pressures, such as surging oil prices, supply chain mishaps, and increasing inflation, have people speculating about the trajectory of U.S. real estate markets.

Coming out of a year with incredible growth, will mortgage rates become a major headwind because of this conflict or is there less cause for concern? Let’s take a deeper dive and reflect on how the Ukrainian-Russian conflict is impacting mortgage interest rates and where markets might be headed.
How Oil Affects Housing and Interest Rates
The price of oil has always been a major sticking point throughout history whenever a global conflict pops up. It was especially evident during the Vietnam War and Ukrainian-Russian conflict seems to be no different.

Recently, the oil benchmark shot up, with some experts suggesting prices could increase as much as $115 per barrel.2 While the connection between oil prices and mortgage interest rates might not seem readily apparent, the factor to focus on is consumer spending.

Since oil prices are linked to the cost of production and shipping across a broad spectrum of the economy, it can fuel inflation. As prices climb rapidly, the Federal Reserve tends to raise the interest rate they charge banks. These additional costs usually passed along onto the borrower.

Oil prices also have a tangible impact on other financial markets which, in turn, can have a positive or negative impact on mortgage interest rates.

For example, mortgage rates are often linked to Treasury note yields. Since oil is a commodity, it’s often traded in the futures market. As prices rise, so too does the risk of futures investors which prompts pull back and rescission into U.S. bonds and mortgage-backed securities (MBS).

These investment types are considered to hold less risk compared to something like equities. But if a tidal wave of investors start to buy U.S. bonds, it could drive down yields which often drives down mortgage rates.

While this economic response appears an evident response to the Ukrainian-Russian conflict, it’s important to note that this can be short lived. This would depend, in part, on the Federal Reserve’s current fiscal objectives, as well as how long the conflict lasts.
Inflation’s Role on the Trajectory of Interest Rates
Data has long suggested that as the consumer price index (CPI) rises people tend to stay put in their home longer, delaying the transition to another home. But inflation has a deeper impact on interest rates as a whole.

One way inflation hurts interest rates is because the U.S. dollar becomes devalued. Similar to how the increasing price of oil can cause investors to shy away from risk, higher inflation devalues any investment held in U.S. dollars.

This includes safer investments like mortgage-backed securities. As demand for these investments decreases, yields tend to rise resulting in higher rates.

To curb inflation, the Federal Reserve has already started tapering its purchase of mortgage-backed securities. On March 16th it also raised the benchmark interest rate by 0.25% making the cost of money more expensive.3

While increasing the benchmark interest rate should help lower inflationary factors, it also means lenders will be shifting the higher cost of borrowing onto consumers.

Find out more about our loan process here:

How to do a amortization schedule using HP 12C

What to do with mortgage rates on the rise

How To Be A Business Loan Broker | Buying Leads Is Wasting Money!

What is a Mortgage broker